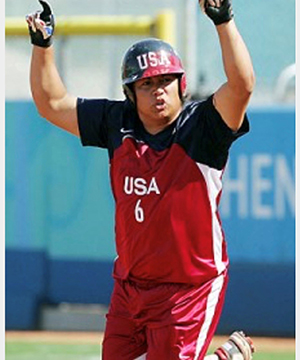 Event will be held at the new 23,000 square foot indoor Marucci Clubhouse Midwest facility located at 4400 North 19th Street in Ozark, Missouri (next to U.S. Ballpark off Highway 65)

Crystl will be conducting a 5-hour camp event for players of all ages that includes a 1-hour throwing session, a 1-hour fielding session, and a 3-hour hitting session. She remains a passionate ambassador for the sport of fastpitch softball and the development of player’s. Arguably one of the best all-time softball players to ever play the game, Crystl Busto resume speaks for itself.

SUMMARY OF QUALIFICATIONS
Crystl is one of the world’s best fastpitch softball holders. She holds multiple world records for her performance at the Olympic Games. She now spends her time traveling the country passing on her knowledge to younger hitters, fielders and fastpitch players.